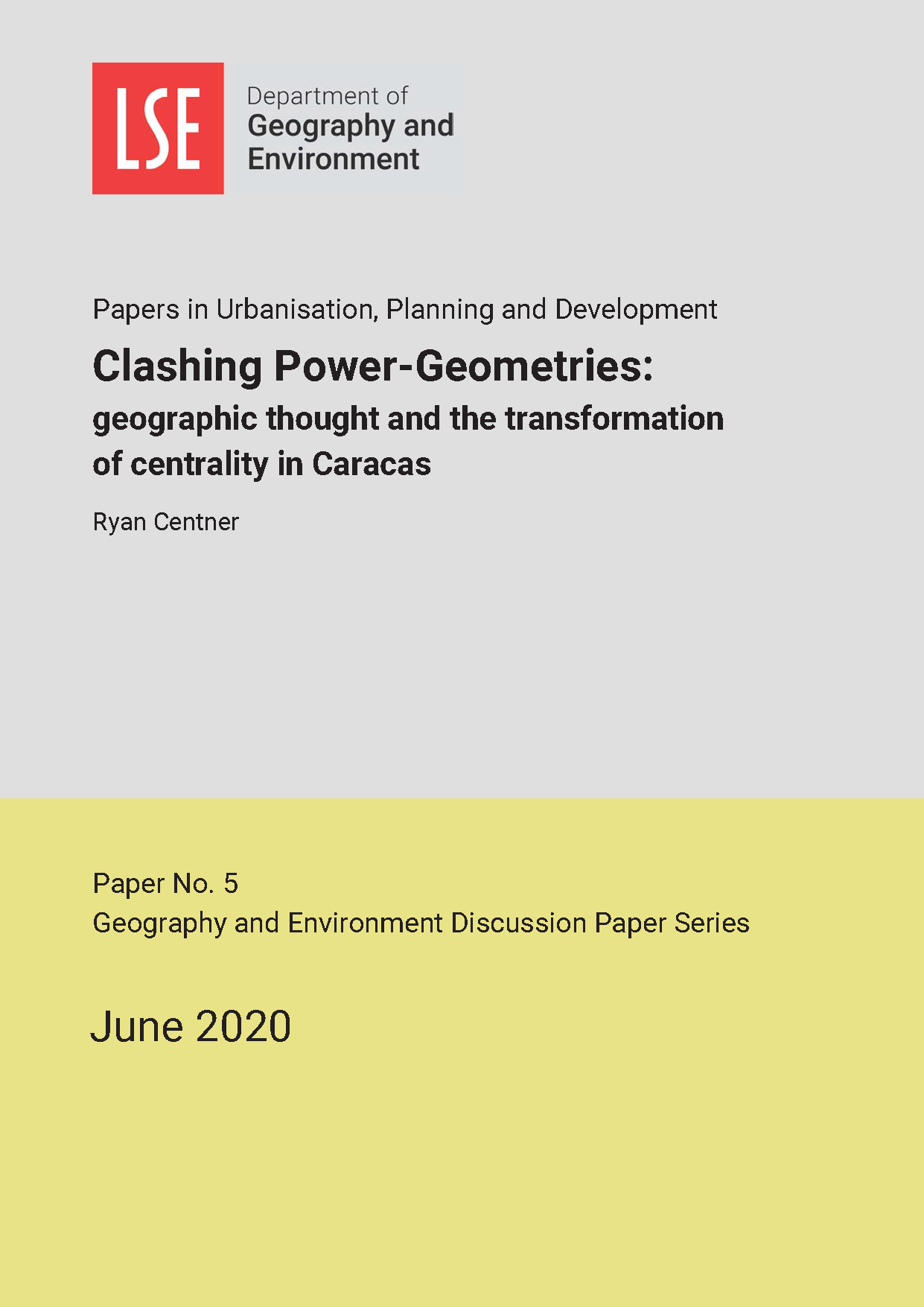 Abstract: Contributing to inquiries into the geographies of theory, this article examines the vicissitudes of creating a “new power-geometry” in the urban environment through physical and social interventions in the center of Caracas, Venezuela, where the state elevated Doreen Massey’s axiomatic geographical concept into its revolutionary (“Bolivarian”) program in the late 2000s. Although not formulated for direct practical application, Massey’s notion was embraced by Hugo Chávez to enact measures and promote popular initiatives that would replace inherited structures of deep inequality in Venezuelan society. Focusing on the urban scale, the paper draws on fieldwork in the capital that surveyed Bolivarian projects of placemaking to show how power-geometry was invoked as part of a new urban agenda intended to be both radical and popular (“of the people,” in Spanish). This is not, however, a straightforward utopian project; it is tied up with competing interests and clashes with the Caraqueño landscape constructed under earlier regimes with priorities and economic scenarios that were vastly different. There are also clashes with emergent, competing visions (alternative – sometimes reactionary – power-geometries) at odds with Bolivarian policy and practice. By focusing on new social housing in central Caracas as part of the Great Venezuela Housing Mission [Gran Misión Vivienda Venezuela], the article highlights the intractable ways bricksand-mortar interventions are caught up in clashing power-geometries, creating environments that transform centrality but illuminate the quandaries of applying critical geographical thought in policy, and the limits of revolutionizing the city – a project that has been prominent in numerous, politically dissimilar Latin American cases.

Download >> Clashing Power-Geometries: Geographic Thought and the Transformation of Centrality in Caracas