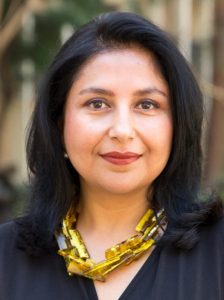 Ananya’s scholarship has focused on urban transformations in the global South, with particular attention to the making of “world-class” cities and the dispossessions and displacements that are thus wrought. Her books on this topic include City Requiem, Calcutta: Gender and the Politics of Poverty, Urban Informality: Transnational Perspectives from the Middle East, Latin America, and South Asia, and Worlding Cities: Asian Experiments and the Art of Being Global. In a separate line of inquiry, Ananya has been concerned with new regimes of international development, especially those that seek to convert poverty into entrepreneurial capitalism and the economies of the poor into new markets for global finance. Her authored book on this subject, Poverty Capital: Microfinance and the Making of Development, was the recipient of the 2011 Paul Davidoff award, which recognizes urban planning scholarship that advances social justice. Ananya’s intellectual efforts to build critical poverty studies are evident in two recent books,Territories of Poverty: Rethinking North and South, co-edited with Emma Shaw Crane, and Encountering Poverty: Thinking and Acting in an Unequal World, co-authored with former colleagues at the University of California, Berkeley. Ananya’s current research is concerned with metropolitan segregation, housing precarity, and the criminalization of poverty in American cities. With a focus on what she terms “racial banishment,” Ananya foregrounds processes of dispossession as well as the forms of mobilization through which poor people’s movements challenge housing exclusion and eviction.

Keenly aware that building and reshaping fields of inquiry requires collective labor, Roy has served on the editorial boards and collectives of various journals in urban studies and planning. She currently serves as Editor for the International Journal of Urban and Regional Research. Along with Clare Talwalker, she is the founding editor of the book series, Poverty, Interrupted, with the University of California Press.

Teaching and mentoring are central to Ananya’s academic life. She has received several teaching awards, including the Distinguished Teaching Award, the highest teaching recognition bestowed by the University of California, Berkeley on its faculty, the Distinguished Mentorship Award, and the Golden Apple Award. She is also the recipient of the “California Professor of the Year” award of the Carnegie Foundation for the Advancement of Teaching and the Council for Advancement and Support of Education. In 2011, Ananya received the Excellence in Achievement award of the Cal Alumni Association, a lifetime achievement award. Ananya is proud to have mentored numerous undergraduate and graduate students. Her former doctoral students now hold faculty positions at universities around the world and are crafting their own practices of scholarship and pedagogy.