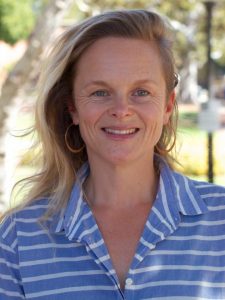 Hannah Appel is an assistant professor of anthropology at UCLA. Her research, writing, and activism focus on the daily life of capitalism, the private sector in Africa, and the relationship between finance, debt, and collective action in the United States. Her forthcoming book, Oil and the Licit Life of Capitalism in Equatorial Guinea (Duke University Press, 2019), is both an account of a specific capitalist project—US oil companies working off the shores of central Africa—and an exploration of more general forms and processes—the offshore, contracts, infrastructures, something called “the” economy—that facilitate diverse capitalist projects around the world. Each of these forms and processes, which organize the book chapter by chapter, is both a condition of possibility for contemporary capitalism and an ongoing entanglement with the raced and gendered histories of colonialism, empire, and white supremacy out of which capitalism emerged. Appel is a founding member and organizer with The Debt Collective, which works to build debtors unions through an emancipatory activation of household debt under finance capitalism: What if mass indebtedness is not simply a liability, but also a potential collective asset or leverage point in the fight to enact the new and radical economic forms we need?