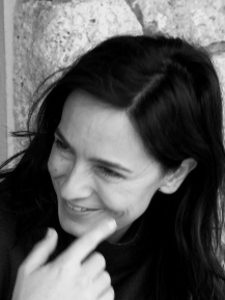 Maria Kaïka holds a PhD in Human Geography from Oxford University, and an MA in Architecture and Planning from the National Technical University of Athens. She is the Chair in Urban, Regional and Environmental Planning at the University of Amsterdam and Honorary Research Fellow at the University of Manchester and the Manchester Architecture Research Centre. She has held appointments at the University of Oxford (tenured), TU Vienna (professor of the city of Vienna), University of London (Distinguished visiting Professor) Paris Est (visiting professor), and KULeuven (visiting professor). Her research focuses on radical urban imaginaries, cities and crisis, land financialization as a lived process, and urban political ecology. She is author of numerous academic articles and of City of Flows: Modernity, Nature and the City (2005; Routledge, New York) and co-editor with Nik Heynen and Erik Swyngedouw of In the Nature of Cities: urban political ecology and the metabolism of urban environments (2006; Routledge, London).

Watch Maria Kaïka in the short video, Debt Disguised As Wealth, part of the #UnequalCities series of conversations on housing justice.