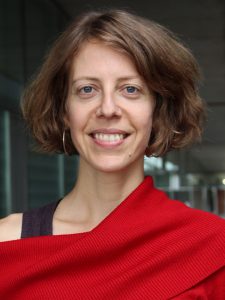 Melissa García-Lamarca is a postdoctoral researcher at the Barcelona Laboratory for Urban Environmental Justice and Sustainability, based at the Universitat Autònoma de Barcelona. Her PhD in Geography at the University of Manchester (2016) connected a political economic reading of the Spanish housing boom and bust to the lived experience of foreclosed and evicted households in the Barcelona metropolitan region through in depth ethnographic research engagement with Spain’s most prominent housing movement, the PAH. More broadly, Melissa’s research seeks to untangle the structures and channels through which political economic processes generate urban inequalities and everyday lived housing injustices, as well as how collective urban struggles can disrupt the inegalitarian status quo and open up new alternatives. Her research is driven by a thirst to better understand both structural dynamics and bottom up processes towards making more socially just and emancipatory cities.

As a housing rights activist and researcher in Barcelona, she is particularly interested in the financial dynamics behind the rise of the rental housing market and what this means for everyday life in the context of job and housing precarity. Melissa was recently part of a collective militant research project on squatting in Catalonia, carried out in collaboration with the PAH and other housing assemblies, one of the most extensive mixed methods research projects of its kind on squatting in Europe and beyond.

Melissa is on the core editorial collective of the Radical Housing Journal, an open peer-reviewed journal launched in spring 2019 that publishes scholar-activist housing justice work from across the world. She has a Juan de la Cierva post doctoral scholarship from the Spanish government and has fifteen years’ experience working as a consultant in a sustainability workers cooperative, a researcher, teacher and project coordinator in Canada and internationally.