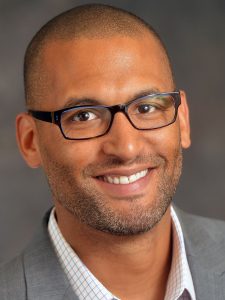 Michael C. Lens is Associate Professor of Urban Planning and Public Policy and Associate Faculty Director of the Lewis Center for Regional Policy Studies at the UCLA Luskin School of Public Affairs. He conducts research on housing, neighborhood effects, and segregation by income and race.

Specifically, his work explores the potential of public policy to address housing market inequities that lead to negative outcomes for low-income families, rooted in issues of housing affordability and segregation. His research has made specific contributions that fill both conceptual and empirical gaps in the literature on topics including: 1) how housing subsidy programs facilitate access to high-opportunity neighborhoods; 2) the causes and consequences of neighborhood crime, particularly with respect to subsidized housing and economic development; 3) how residential location affects employment outcomes for low-wage workers; and 4) measuring neighborhood opportunity for low-income households.

Extramural funding highlights include a 2013 three-year award from the MacArthur Foundation for $610,000 to support a study of the effects of the housing boom and bust on local government finances. In other work on the Great Recession, Professor Lens examined the role of housing subsidies in insulating low-income renters from increasing cost burdens. He was also awarded a three-year grant from the Arnold Foundation to study misdemeanor arrests in Los Angeles.

In recent research, Professor Lens is studying the effects of housing supply in Los Angeles, the role of public investments in gentrification processes, and the spatial concentration of eviction. Professor Lens’ research has won awards from the Journal of the American Planning Association and Housing Policy Debate.

Professor Lens has a PhD in Public Administration from New York University’s (NYU) Wagner School, where he served as a Research Fellow at NYU’s Furman Center for Real Estate and Urban Policy. Michael also has a Bachelor of Arts in Political Science from Macalester College, a Master of Public Policy from the University of Michigan, and a Master of Science in Public Administration from NYU.