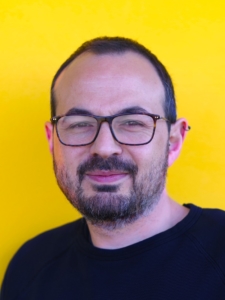 Michele is Professor of Economic and Political Geography at the DiST, Polytechnic of Turin, Italy, and Visiting Professor of Urban Studies at the Urban Institute, in Sheffield. He is also one of the founders and Editor of the Radical Housing Journal, Corresponding Editor for Europe at IJURR, and member of the grassroots activist group Common Front for the Right to Housing (FCDL) in Bucharest, Romania.

His work focuses on radical forms of inhabitation and housing struggles, through a five-year European Research Council project entitled Inhabiting Radical Housing. Michele is interested in exploring storylines and intersections where structural forms of violence, related to inhabitation, are resisted from within, and to exploit the privileges of Academia to sustain their minor politics. Part of that work includes experimenting with collective and creative methodologies, encompassing the traditional signposting of the Academy (for an example in this sense, see a recently developed collaborative action-oriented film around forced evictions in Bucharest: ainceputploaia.com). Get in touch with him via Twitter @michelelancione