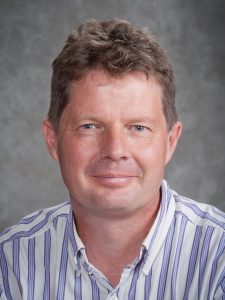 Nicholas Blomley (FRSC) is Professor of Geography at Simon Fraser University. He has a long standing interest in legal geography, particularly in relation to property. He is interested in the spatiality of legal practices and relationships, and the worldmaking consequences of such legal geographies. Much of his empirical work concerns the often oppressive effects of legal relations on marginalized and oppressed people. Recent and current research projects, often in collaboration with others, include a) the analysis of ‘rental precarity’ in Greater Vancouver; b) the study of court-imposed ‘red zones’ imposed on street-involved people and protestors in Montreal and Vancouver; c) the dispossession of Japanese-Canadians in the 1940s; d) a community-based project creating tenant-led research into precarious housing conditions in Vancouver’s most vulnerable population and e) the governance of poor people’s possessions by private and public regulators in Canadian cities. He is also trying to unpack the relationship between territory and property, and is interested in the practice of urban commoning. Past research has focused on topic such as gentrification, panhandling, urban gardening, and indigenous-state treaties.

He is the author of Law, Space and the Geographies of Power (Guilford, 1994), Unsettling the City (Routledge, 2004) and Rights of Passage: Sidewalks and the Regulation of Public Flow (Routledge, 2012). He also co-edited The Legal Geographies Reader (Blackwell, 2001), as well as numerous papers in Geography, Urban Studies, Law, and Socio-Legal Studies.

Watch Nicholas Blomley in the short video, Rethinking Property and Rent for Housing Justice, part of the #UnequalCities series of conversations on housing justice.