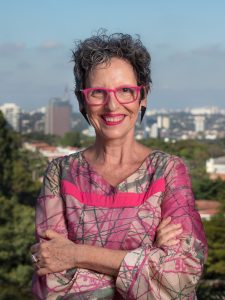 Raquel Rolnik is a professor, architect and urban planner, with over 35 years of scholarship, activism and practical experience in planning, urban land policy and housing issues. Based in São Paulo, she is a professor at the Faculty of Architecture and Urbanism of the University of São Paulo and currently the head of Design and Planning Department. In her career, she has held various government positions including Director of the Planning Department of the city of São Paulo (1989-1992) and National Secretary for Urban Programs of the Brazilian Ministry of Cities (2003-2007) as well as NGO activities, such as Urban Policy Coordinator of the Polis Institute (1997-2002). From May 2008, Ms. Raquel Rolnik was appointed by the UN Human Rights Council as UN Special Rapporteur on adequate housing for a six years mandate, ending June 2014. Since 2019 she organized a Research Action Lab (LabCidade), based in FAUUSP, were a Observatory of Evictions is one of the main projects. The project includes a permanent cartography of evictions which are taking place in metropolitan São Paulo as well as the building of a network of organizations around both making visible those processes, advocating for compliance with the right to adequate housing and imagining alternative planning and projects (observatoriode remocoes.org). She is author of several books, including Urban Warfare: Housing and Cities in the Age of Finance (Verso 2018) and A Cidade e a Lei (studio Nobel), and São Paulo Historia Conflito e Territorio (Tres Estrelas) among others. She has a blog, a weekly radio program, and a permanent presence in public debate on housing and urban Brazil.